If in the second quarter of 2016, average connection speeds in U.S. cities ranged from 17 Mbps to 24 Mbps, while Internet service providers are selling gigabit access, as well as services in the 100 Mbps to 300 Mbps range, it is obvious that most consumers are not buying either gigabit or hundreds-of-megabits services.
On the other hand, speeds are increasing rapidly. In fact, according to Okla, fixed network customers in the first half of 2016 got an average of over 50 Mbps for the first time ever.
That represents a speed improvement of more than a 40 percent since July 2015.
Similarly, mobile Internet access customers saw speeds improve by more than 30 percent since last year, with an average download speed of 19.27 Mbps in the first six months of 2016.
In other words, by some measures, mobile Internet access download speeds are as fast, or nearly as fast, as the “average” U.S. fixed network connection in at least some cities.
Just as important are http://darellsfinancialcorner.blogspot.com /2016/08/over-15-years-average-internet-speed.html" style="text-decoration: none;">speed differences between various ISPs. Where Google Fiber might offer an average speed in excess of 300 Mbps, Comcast and other cable TV ISPs might average about 50 Mbps to 45 Mbps. Telcos tend to deliver slower speeds than that, with the exception of Verizon FiOS, which has an average speed of about 50 Mbps. 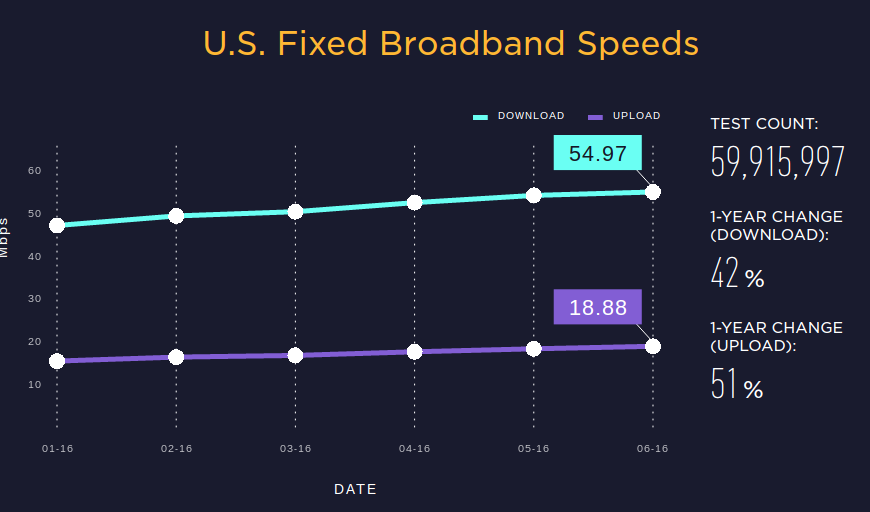 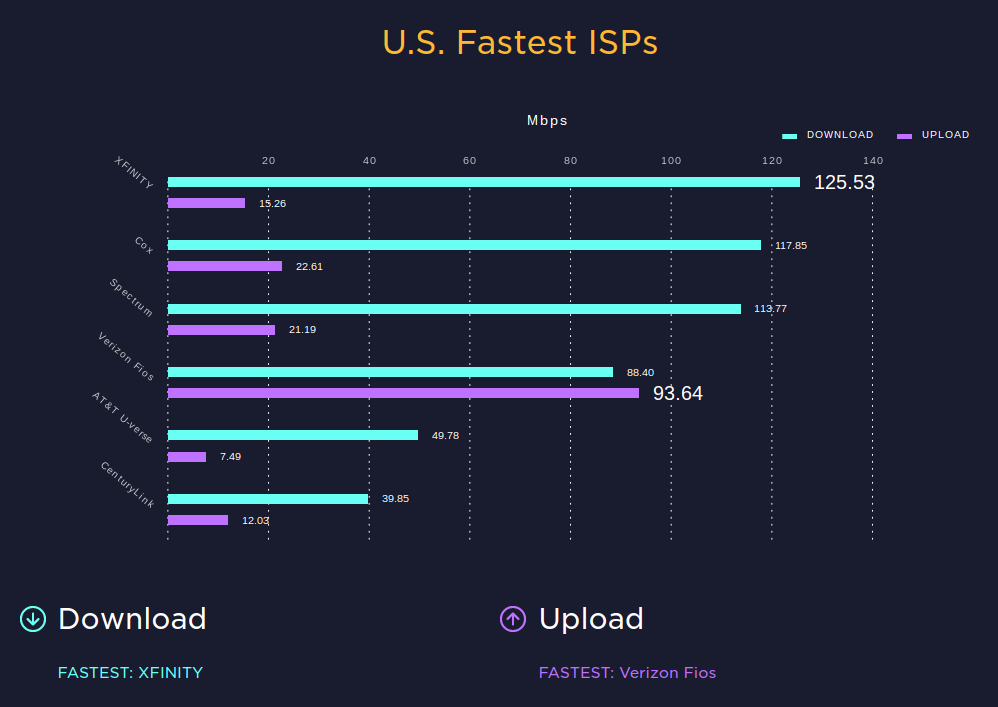