Dated back to 2013 when the Phantom A (F7) was released and Tecno continued on that path with the launched of Phantom Z , Z mini , last year’s Phantom 5, the Tecno Phantom series has enjoyed tremendous success. The fifth and the sixth generation of the Phantom flagships are presently cooking in the oven. 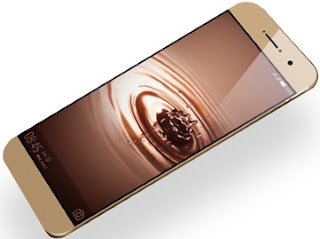 Tecno mobile has set to release the crown jewel devices, addition to the Phantom series called Tecno Phantom 6 and 6+. The two devices are very powerful device, based on the information and the leaked images we’ve seen.
According to reports, the devices will be the best smartphone release this year. They are rumoured to grace unconventional features and have been labelled by some industry experts as the “device from the future”.

1. Phantom 6+ will have dual rotating auto-focus camera at the back with an iris scanner while phantom 6 will have just one 21MP unit at the back. However, both will have front and back cameras.
2. According to insiders, Tecno Phantom 6 is 4.9mm thick while Phantom 6+ is 7.7mm thick; we can’t help but wonder how a 4050mAh battery got in and still maintained a slim profile. 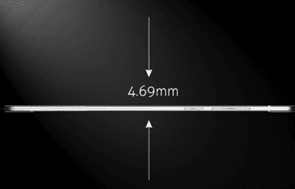 3. The Phantom 6 Plus will also have a fingerprint sensor at the back, which will not be available on the standard Phantom 6
4. Both devices will come with  X20 Deca-core processor,  a 3GB RAM, supported by an internal micro SD card storage with capacity of 16 GB expandable to 128GB
5. Both Phantom phones will come with a USB Type-C port, a premium look with curves on the edges, metal frame, and will be lighter and slimmer than the Phantom 5.
6. The Phantom 6 and 6 plus are projected to dress in stylish black, gold and gray finishing, and a “5.95” screen, larger than earlier version of the phantom.
7. Tecno Phantom 6+ will have five layered metal reinforcement body to enhance durability.

Each of the different layers adds unique elements to the sturdy appearance of the device.
From bottom up, the body is made up of a Nano molding seamless metal unibody, a firm fastener, a non-detachable battery design, an aluminum magnesium alloy frame and a corning gorilla glass v3.0 on the top.
If all the stated features are the exact what Tecno Mobile aimed to do with the Phantom 6 and 6+, those devices will definitely be the praiseworthy, but it is too early to be sure about anything on those two devices, just take everything with a pinch of salt. The real images and specifications will be communicated to you as soon as we get the naked truth.