As you would guess, a study of gigabit Internet access costs, conducted by Analysys Mason for the European Community, suggests targeted enterprise connections cost the least of the fixed access alternatives, while ubiquitous fixed network gigabit networks cost most.
Ubiquitous 50-Mbps mobile access costs less than any fixed method, though not providing the same amount of bandwidth. That assessment could change over time.
Analysys Mason expects that by 2025, it will be possible for 1-Gbps peak speed to be provided from the macro cell network, with average speed around 180 Mbps.
The study authors note that other alternatives, including fixed wireless, cable TV technology and satellite will be capable of delivering gigabit speeds by 2025.
Still, Analysys Mason was asked to model only the “enterprise” deployment, mass market gigabit access (functionally limited to fiber to home or node) and mobile connectivity.
Fixed wireless, satellite and hybrid fiber coax were not modeled. Some of us might argue that might be reasonable for many of the European Community nations, if not necessarily the model that will develop on other regions. 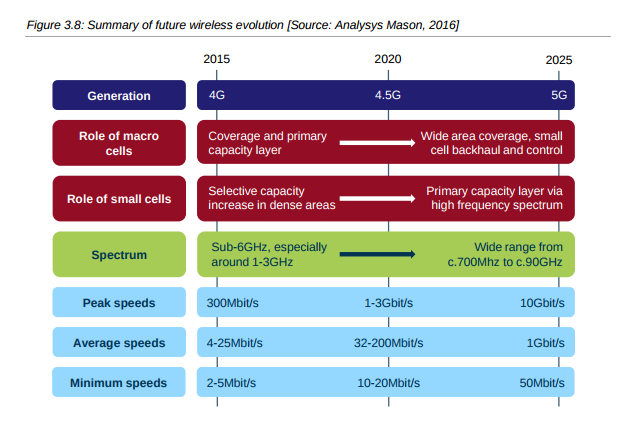 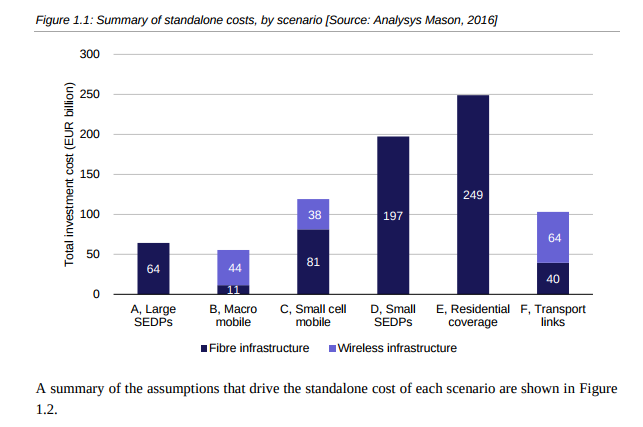