Whether YouTube is a “substitute” product for linear TV is debatable. What apparently is harder to debate is that YouTube is a preferred venue for consumer video consumption among U.S. teenagers.
In a survey of U.S. teenagers, analysts at Piper Jaffray found teens spent more time watching YouiTube than watching linear TV. Though 37 percent of respondents reported watching Netflix, 26 percent said they watched YouTube, compared to 25 percent who reported watching linear TV.
And 40 percent say their top shopping website is Amazon, leading other sites by an order of magnitude. 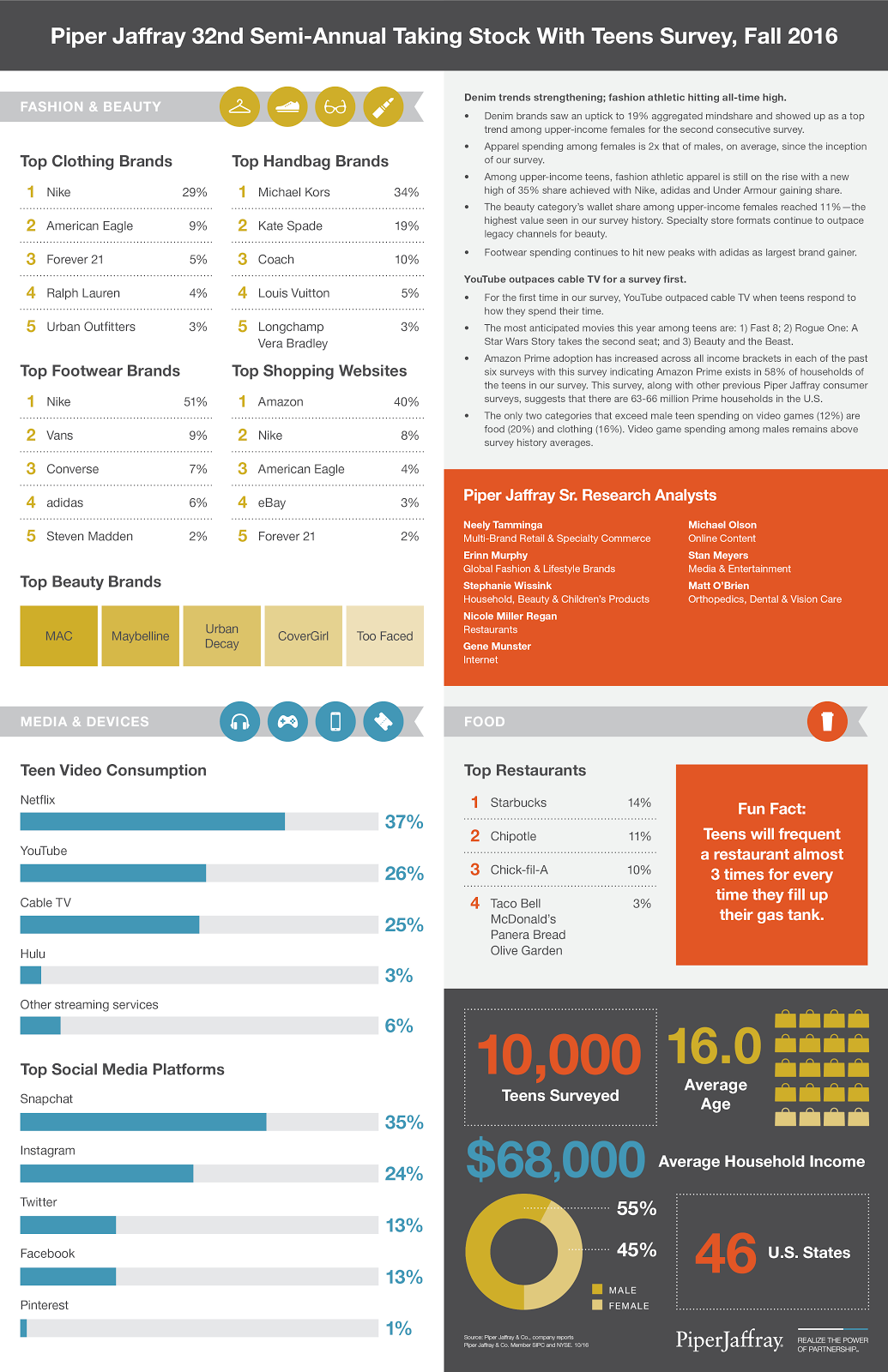