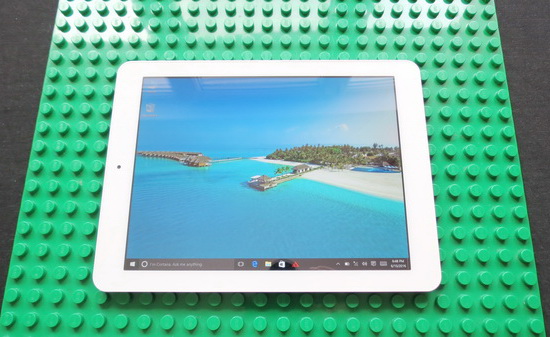 You can now buy Teclast X98 Plus II Tablet PC from Gearbest.com for only 185.92 USD with free shipping world wide.
Teclast X98 Plus II Tablet PC. The Teclast X98 Plus II is a revised version of the original Teclast X98 Plus tablet. It has a slightly new design with the ports relocated to the top of the tablet and minor hardware revisions. The X98 Plus II is a dual OS tablet running Windows 10 and Android 5.1. It has a 9.7″ LG IGZO 2048 x 1536 screen, which is the same panel used in the iPad Air and Air 2. Speaking of the display, we have a 2048×1536 IPS LCD panel, which is sharp and has a decent colour reproduction. It’s powered by a quad-core Atom X5 Z8300 with 4GB of RAM and a 64GB eMMC. The biggest selling point of this device is that it dual-boots both Android Lollipop 5.1.1 and Windows 10. Here you can read the unboxing article.
Windows 10 OS
The Teclast X98 Plus II ships with Windows 10 Home & Remix OS 2.0 Dual OS. The tablet came with Windows 10 Home 64bit edition, version 1511 build 10586.218. If you are a fan of Microsoft's modern interface, you will be delighted. Some of Windows 10's features were built with diminutive tablets in mind, including smaller Live Tile sizes (to fit more on screen at once), access to the camera from the lock screen and more keyboard shortcuts. There is an abundance of apps from Microsoft and a wide range of third-party developers. And with the many new features (such as Cortana and Microsoft Edge) and functions (such as Windows store applications running in Windows under desktop mode) added to Windows 10, a Windows tablet is more useful and functional than ever. With 64GB of eMMC storage, the tablet booted Windows 10 Home Edition in just 13 seconds. I update it with no problem at all to Windows 10 Home Insider Preview latest version 1607 build 14936.1000. From here you can download Windows 10 drivers for Teclast X98 Plus II Tablet. Here you can download the BIOS file.
Next, watch the first impressions and the experience on Android 5.1.1
Firmware tested: Android Lollipop 5.1.1
Build number: V2.00_20160816
Kernel version: 3.14.37
Model number: X98 Plus II (C2D6)
Android Security Patch Level: 2016-03-01
Root: Firmware is not rooted. 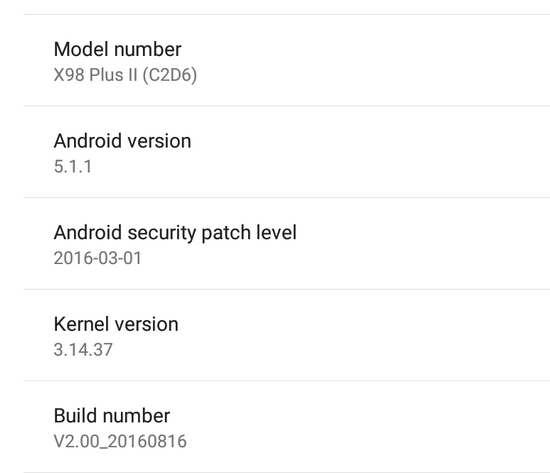