Samsung Galaxy S7 and LG G5 are both the hottest phones recently. If you are finding a new phone or want to change a new one, check it here and make a proper choice. Nowadays the competition among handset manufacturers is becoming much more fierce, so every handset maker focuses on innovation. Here we will check their pros and cons in some aspects.
Hardware 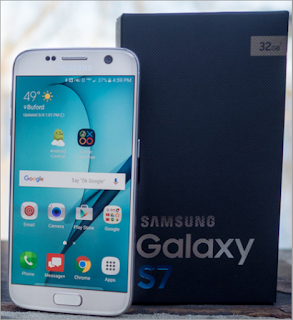 The Samsung Galaxy S7 is just about the same size as Samsung Galaxy S6. It's a little bit heavier than S6, because you can hardly notice it. Its corners are still rounded in the same manner as before.
The biggest difference is that the backside has picked up the same sort of curves that we enjoyed on the much larger Galaxy Note 5. So it's more comfortable to hold. All in all, it's a really good feeling to hold it. The S7 is really an extension of the S6 and Note 5. It carries on the advantages of the previous ones and improves according to the customers’ needs. 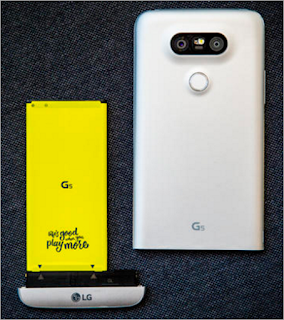 When LG G5 first came out, it certainly made itself the first phone with modular capabilities. This ability to swap out and customize certain hardware parts has been a longtime fantasy for many mobile users. You can upgrade certain components that are important to you or just fit a certain need. For example, you may want to swap out your handset's stock lens for a fisheye or macro lens, and G5 can easily satisfy you.
To use the function, you need to push the small button on its left edge. The bottom of the G5 will pop out, allowing you to pull out the attachment from the battery, clip the battery into the new module and push it all back together. The handset will power down each time you swap something out because of the attachment of the battery and the bezel. This isn't a big deal, but it takes time to restart the phone after a switch, so it can be a power drain if you swap often throughout the day .
Software 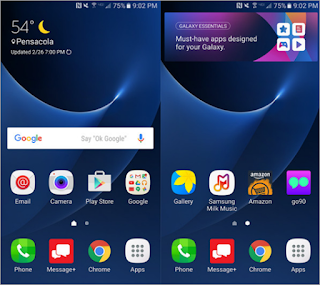 The Galaxy S7 is running Android 6.0.1, which is the newest version of Android available at the time the S7 is released. Samsung's KNOX service is in use and of course very useful to allow you to keep your personal information completely divided from your work data. Moreover the Galaxy S7 is encrypted, which is increasingly important.
One good news is that Samsung's user interface customization is about as good as they've ever been. If you want to move something around while the UI moves too fast , then you can move apps off the home screen and add folders as you want. You can rearrange the app drawer alphabetically. Samsung still has a one-hand mode, supporting multi-windows with two apps at the same time. For its software, the LG G5 also runs Android 6.0.1. LG has made its own UI again. What might be a little confusing is that there is no App Drawer. But this can be reintegrated with the LG Home Launcher 4.0 found in LG Smart World.
Luckily, there is an always-on display. Like the Galaxy S7, the screen continuously displays the time, date and any missed notifications on the display, even when the handset is sleeping. However, it's limited while compared to this feature of Samsung. With the Galaxy S7 you can choose different clock faces and there's an option of monthly calendar. However, G5’s always-on text is visible in sunlight because it's not as bright as on the S7.
Camera
Samsung has changed a little bit in the Galaxy S7. On one hand there aren't really any gimmicks here, because there is no second lens or anything. There's just one on the back smacking in the middle of the phone and one usual sort of selfie shooter on the front.
But the rear camera now uses a 12-megapixel sensor- down from the 16MP sensor in the previous phones. But the sensor itself has larger individual pixels- 1.4 microns, up from the previous 1.12 microns. Larger pixels mean more light, which allows you to get better pictures and better shots even in low light.
The G5 has two cameras on the back: a 16-megapixel camera with a standard 78-degree wide lens and an 8-megapixel camera with a wide-angle, 135-degree lens. The wider lens makes you capture more space within each frame.
To take advantage of the dual cameras, LG adds two software features: "Popout," which superimposes an image from the standard lens on top of the wide-angle lens' view with a few effects; multiview arranges images taken from all cameras (including the 8-megapixel front-facing camera) into instant collages.
Compared to the camera on the Galaxy S7, the G5 takes just a bit longer to focus, but not too much. Photos taken by S7 also has deeper and richer colors, while pictures on the G5 look a bit darker.

Battery
LG G5’s battery power is a shortcoming, since other 2016 flagships use bigger units. The Galaxy S7 uses a battery with 3000 mAh, while the LG G5 has only a 2800 mAh battery. In AnTuTu Battery Test, the LG G5 is no surprise behind the Samsung Galaxy S7. Also let's do not forget that the G5 has a removable battery while its competitors do not have.
Spec Details: 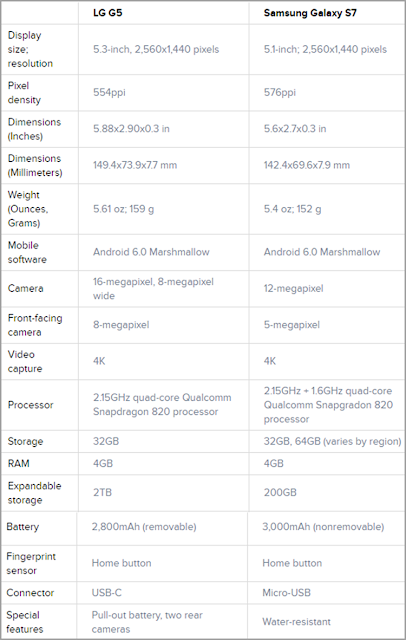 The reviews above may not be so detailed for you to make a choice, but you can have a general look at the two popular handsets. We are willing to offer other related information about the Android phones. If you want help, you can just comment below that we will check regularly.