Patent licensing demands, innovation and freedom to operate (and the research says ....)

Patent licensing demands, innovation and freedom to operate (and the research says ....)

Once again, the question: does the patent system need to be justified on the basis of innovation? This time it was asked by two of 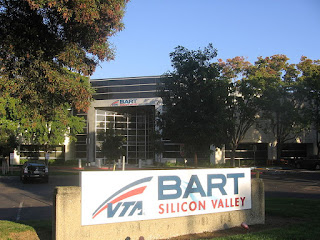 America’s most prominent scholars of the patent system, Professor Robin Feldman of the University of California Hastings College of Law and Professor Mark Lemley of Stanford University, in their article, “Do Patent Licensing Demands Mean Innovation”, Iowa Law Review, November 2015. Professors Feldman and Lemley are well-known for their skepticism about the current form of the patent system, with a particular interest in patent trolls, aka non-practicing entities (“NPE’s). In this article, they focus on the licensing practices of NPE’s (recognizing that the boundary between NPE’s and practicing entities is a blurred one) and ask--

“…whether patent licensing by trolls is in fact a mechanism for technology transfer to the licensees and the creation of new products, or whether a request that a company take a patent license is simply a means of collecting money in exchange for agreeing not to sue (p. 144).”

The methodology was based on a questionnaire directed to in-house lawyers working at product companies. The questions sought to elicit information about the extent to which their companies received patent licensing or settlement requests, and the response by these companies to such requests. The companies surveyed were divided into 11 industry sectors. The entire sample consisted of 181 respondents, of which 97 worked for companies that had received a patent licensing demand during the relevant period. In light of the small size of the sample, the number of different industry sectors, and the different types of NPE, the authors state “that statistical significance should not be inferred from any of these results (p. 149).” As such, the authors characterize their discussion as “quantitative progress” towards understanding the research questions posed.

Against this background, the authors observe as follows:

The authors make a basic distinction between ex ante and ex post with respect to technology transfer and licensing. A significant amount of meaningful technology transfer is “ex ante”, namely it takes place before the patent issues, and sometimes even before it is filed. To the contrary, licensing demands and litigation leading to payment for freedom to operate, occurs “ex post”, after the patent is issued, sometimes long after grant. Even in the life sciences field, where one might expect more evidence that technology transfer would be taking place, the authors found that the “modal license” was primarily for payment for freedom to operate rather than technological transfer of the underlying technology. The authors then observe—

“That result, if generalizable, suggests that ex post patent demands are not serving much of the innovation promotion function at all, even in the industries in which we would expect significant technology transfer. That does not mean technology transfer never happens; it does. But it may mean that technology transfer happens early in the life of a technology, and that secrets, collaborations, and informal know-how, not patents, are the primary focus of real technology licensing agreements. Patents (more likely, patent applications) may well be part of those technology transfer deals, and ownership of patent rights may even be a goal of the deal, but the deal is not being driven by the desire to take a patent license” (p. 174) [footnotes omitted].”

While this Kat found the article worthy of attention, he would like to make the following observations: 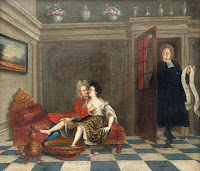 1. Given the narrow focus of the study, namely, licensing behavior in connection with a patent demand made by a patentee to a third party company, the research question posed is a bit forced. Can one reasonably expect that any patentee, NPE or not, will approach a company with the demand-- “either you innovate based on my patent or I sue you"? Is paying for freedom to operate so wholly disconnected from innovative activity?

2. The suggestion that patents are unimportant ex ante in encouraging innovation may or may not be true, but any inquiry into this question goes far beyond the scope of the results described in the article. In particular is the suggestion that “informal know-how” and trade secrets, not patents, are the principal aim of much technology transfer. From this Kat's experience, it is not unusual for a technology transfer license to rest, at least at the early stage, on trade secrets, simply because it protects the invention until the patent issues, or at least until the application is published. The ultimate goal, however, is a patent license. Alternatively, technology transfer may be in the form of an interweaving of a core invention and supporting trade secrets.

3. As such, whether or not "the deal is being driven to take a patent license" is an open question that merits further attention. However, whoever pursues this issue will need to address the special challenge of doing research on trade secrets and know-how, because such subject-matter is by its nature confidential. Accordingly, it is often extremely difficult to obtain meaningful information. Any takers?

SSRN version of the article here

Articles about Patent licensing demands, innovation and freedom to operate (and the research says ....) finished discussed

Related : Patent licensing demands, innovation and freedom to operate (and the research says ....)