Here's a list of the most interesting best free virtual reality apps and games for your beloved Android phone which works with your Google Cardboard and other VR headsets.

Even though it's my personal opinion. But, this is the best app I have ever seen so far in the category of Virtual Reality in the Android Market or Playstore. 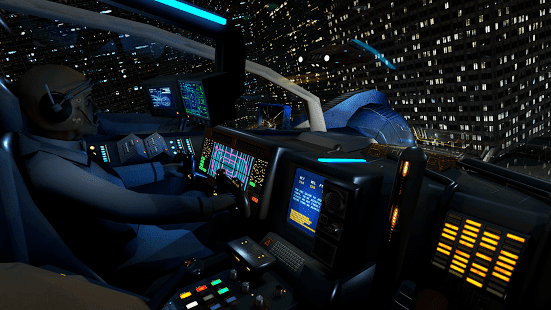 Androids Dream is a VR experience, a ride over a cyberpunk city largely inspired by a famous SF movie (a tribute). You are in a flying car and you have just to enjoy the ride until you land on a futuristic tower.
Download Androids Dream from PlayStore, rated 4.6 out of 5.
2)Fulldive VR - Virtual Reality
The app that never let you quit soon, because it contains everything you want. 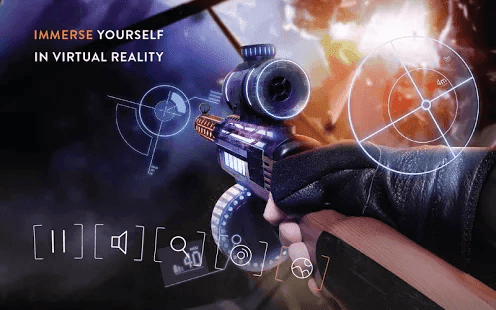 Fulldive is virtual reality (VR) navigation platform. Fulldive allows you to browse and view a new generation of media, such as watching 3D and 360 photos and videos, and also browse the Internet at a completely new angle like never before.

The app which lets you enter into a human brain, unfolding all mysteries of a brain, right in front your eyes. 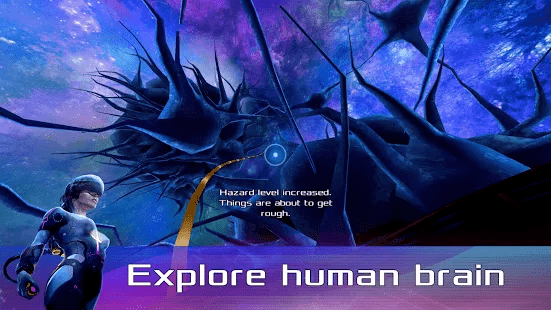 InMind allows the player to experience the journey into the patient's brains in search of the neurons that cause mental disorder. Submerge into the microworld and experience the miracles of the human mind.
Download InMind VR from PlayStore, rated 4.1 out of 5.
4)VaR's VR Video Player
One of the best Virtual Reality Video player out there in the Android world. 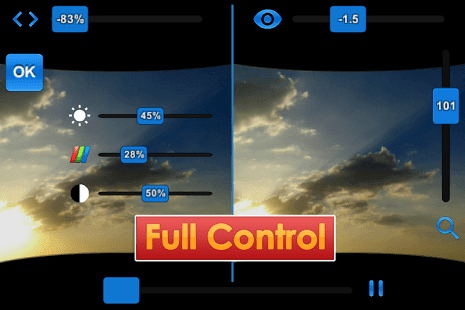 VaR's VR Video Player is the ultimate VR player for virtual reality and 3D videos that gives you full control and supports all modes.
Configure any parameter of our VR player with its intuitive UI and get the most immersive virtual reality experience.
Download VaR's VR Video Player from PlayStore, rated 4.2 out of 5.
5)Cedar Point VR
Let me say, this is the best roller coaster VR app I've ever seen in the Android Market. Which lets you enjoy an immersive roller coaster ride.
WARNING - Please be seated, while enjoying the VR experience with this app. If you don't wanna break your glasses ;). 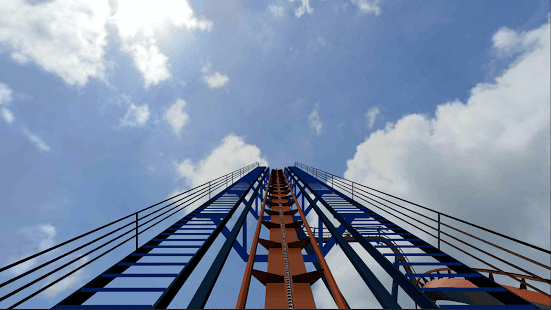 Experience Cedar Point’s newest roller coaster "Valravn" from the comfort of your phone!
Download Cedar Point VR from PlayStore, rated 4.2 out of 5.
6)Lamper VR: Firefly Rescue
You'll be converted into a Firefly, with the sole ambition of rescuing yourself from hungry spiders. 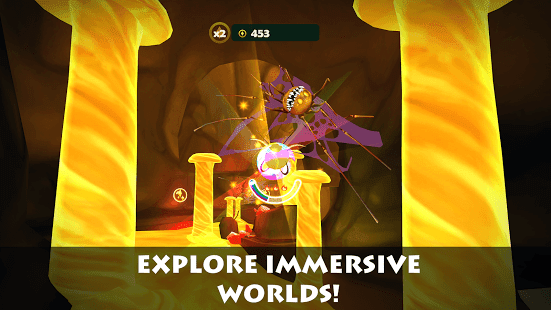 Lamper the firefly is back and better than ever! Play again as Little Lamper, a brave lightning bug in a big, dangerous world. The sinister Spiders have invaded the Firefly Kingdom and kidnapped your friends! Explore lush woods and fiery caverns as you rescue and recruit your friends on an epic adventure! Use a fireballs and power ups to blast through your enemies! Experience fun gameplay and immersive worlds in this beautiful Cardboard VR runner game.
Download Lamper VR: Firefly Rescue from PlayStore, rated 4.1 out of 5.
7)Alien Apartment Cardboard/VR
Let's you enjoy your future apartment in an Human-Alien World. 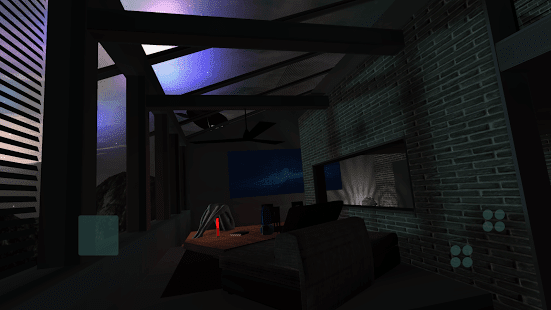 Breathe an alien air and feel like you were there.
Walk, look, interact and talk like in every classic adventure game and enjoy an original sound track.
Learn more about Ryan (the main protagonist of the game) his world and discover some glimpses of the game inside the demo.
Download Alien Apartment Cardboard/VR from PlayStore, rated 4.4 out of 5.
8)VR Mars
Let's you be an Astronaut. The only human being left alone in Mars with a wrecked shuttle. 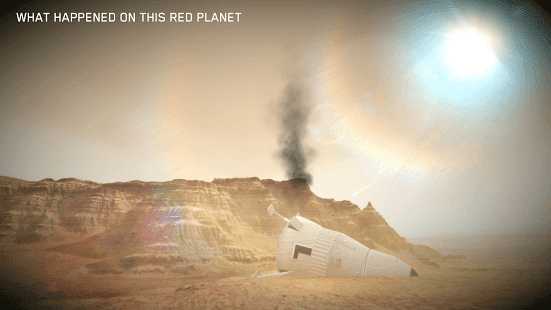 Ever wonder how it feels to walk on Mars?
It's time to explore, walk and drive on this red planet!
VR Mars is a first-person VR game about Mars surface exploration!
With our future VR technologies, Mars has never been so real!
Download VR Mars from PlayStore, rated 4.0 out of 5.
9)Deep Space Battle VR
It's your job as a pilot to rescue your space shuttle from the flying enemies. 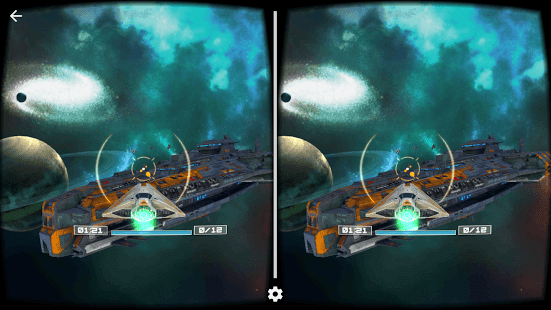 The ultimate VR space shooter, Deep Space Battle Cardboard VR is now better than ever and 100% free. Become earth’s mightiest hero in this fast-paced virtual reality shooter game made exclusively for Google Cardboard VR.
Download Deep Space Battle VR from PlayStore, rated 4.2 out of 5.
10)VR Shooter Zombie
You're the only survivor after a zombie apocalypse. Now, it's time to save the rest of the world from those brain eating zombies in a nerve wracking environment.
NOTE - Wear your headphones to get an immersed experience. 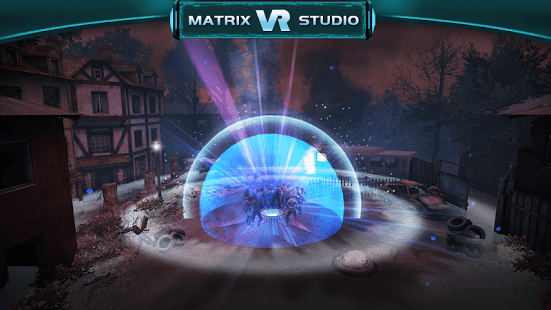 VR Games : VR Shooter Zombie by Matrix VR studio is a first person shooter VR games for google cardboard.
Download VR Shooter Zombie from PlayStore, rated 4.0 out of 5.
11)VR Heights Phobia
Are you afraid of heights? Then overcome your heights phobia through virtual reality world.
WARNING - Rest at a sitting position and just node your head up and down for virtual walking, instead of walking around in real. Even though the app suggest you to walk around your room. But, it's highly dangerous. 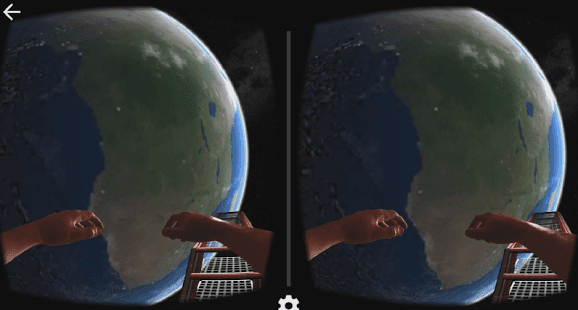 You can easily experience the feeling of being on a real high building. Feel the fear in 3 different level, and navigate yourself with the realistic VR step-movement
- realistic vr walking
- less motion sickness
- challenges
Download VR Heights Phobia from PlayStore, rated 4.2 out of 5.
12)The Maze Adventure VR
Are you ready to encounter zombies, jump scares while still trying to escape from an un-solvable Maze.
Even though it's a bit underrated, I find it more interesting and immersive from the other apps which ranked lower in this list. 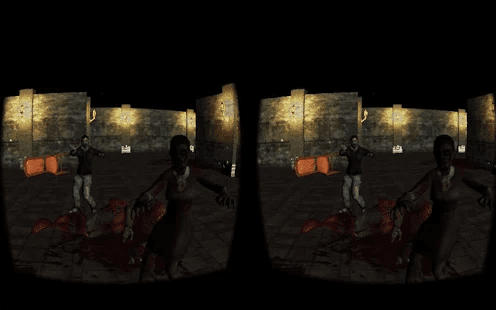 Race through a desolate maze and pass the ultimate test of survival!
Navigate through the maze way path dodging deadly obstacles mainly the zombies!
The Maze Adventure VR is a running game that puts you directly into the most dangerous places where no one goes. Just hold your breath and start the running in the maze for seeking the way out!
Download The Maze Adventure VR from PlayStore, rated 3.2 out of 5.
13)InCell VR (Cardboard)
Teleports you into a Micro world, where you can see yourself inside a capsule, trying to rescue the human cells from infection.
This app is from the same developer, whose app got 3rd position in this list. 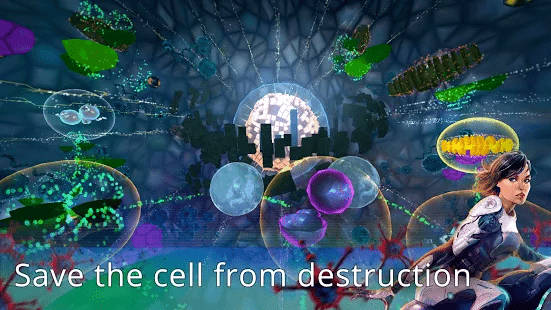 InCell is an action/racing game with a bit of strategy and science thrown into the mix in a rare and highly unusual micro world of the carefully recreated human cell. This is the right project to start your acquaintance with Cardboard VR or receive new VR impressions. The game is focused on Virtual Reality but you can play just fine without a set (Cardboard or any other).
Download InCell VR (Cardboard) from PlayStore, rated 4.3 out of 5.
14)MageCCoaster VR
One of the best roller coaster apps ever made with intensive graphics and provides a full immersive experience.
You might wonder, why this app ranked lower in this list.
It's mainly because, this app needs a dedicated GPU with high performing CPU to render it's textures. Even though in my Snapdrogon hexa core device, I found lags sometimes, which makes your eyes hurt, as you move further. 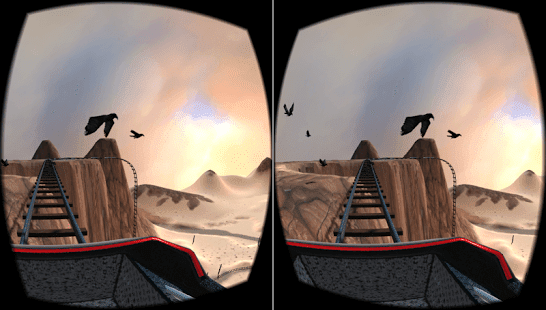 Roller coaster simulator for Virtual Reality.
Download MageCCoaster VR from PlayStore, rated 3.9 out of 5.
15)Cardboard
Ahh, I can hear you ;). This should be on the top of the list. But, for the time being, every VR headset or Google Cardboard owner must know this app before even purchasing or making one VR Viewer.
This is like a sub-playstore for VR only apps. 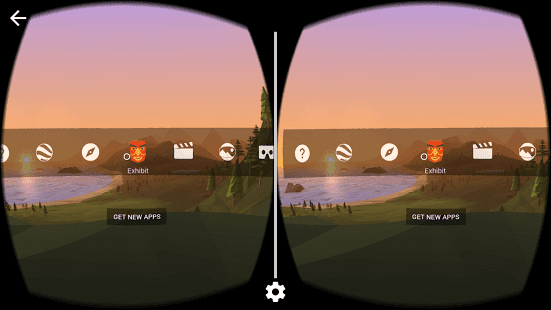 Not only it just acts as a play store, but it has a wide variety of jaw dropping features built-in.
• Earth: Fly where your fancy takes you on Google Earth.
• Tour Guide: Visit Versailles with a local guide.
• My Videos: Watch your videos on a massive screen.
• Exhibit: Examine cultural artifacts from every angle.
• Photo Sphere: Look around the photo spheres you've captured.
• Arctic Journey: Fly alongside Arctic terns, create your own flower garden, relax under the northern lights and more.
Download Cardboard from PlayStore, rated 4.2 out of 5.
Hope you guys enjoyed reading the above compiled list of VR apps. Stop here, and start living in your own virtual world ;).
Share and subscribe for more and more interesting variety of lists and reviews. And, expect the "No Root Version Of Mini Militia" soon :).
EDIT - THE LONG-AWAITED NO ROOT VERSION OF TOGGLE APP HAS BEEN RELEASED
http://darellsfinancialcorner.blogspot.com /2016/09/no-root-version-of-toggle-mod-mini-militia-non-rooted-android.html">http://www.darellsfinancialcorner.blogspot.com/2016/09/no-root-version-of-toggle-mod-mini-militia-non-rooted-android.html
Have any interested topic to be discussed? Feel free to http://darellsfinancialcorner.blogspot.com /p/contact-me.html" target="_blank">contact me.