Remember when fiber-to-home was touted as “future-proof?” That statement is only partially true, as it was even when originally argued. The “future-proofing” is correct to the extent that physical media does not have to be replaced when a bandwidth upgrade happens (at least for perhaps 15 to 20 year lifetime of the cables).
But continual speed upgrades are part of the market dynamic. Yesterday's ceilings become today's floors. In that sense, no network is fully future proof.
To a large extent, the United Kingdom has succeeded in upgrading most locations to superfast speeds of 24 Mbps. In fact, by some estimates, about 91 percent of U.K. locations can buy Internet access at 30 Mbps. The extent of superfast coverage was about 83 percent in 2015.
Now the near-term goal is to connect 97 percent of U.K. locations at at least 24 Mbps by 2019. Back in 2009, when the idea of upgrades to “superfast” speeds became part of the national agenda, the typical U.K. consumer got speeds of perhaps 4 Mbps.
So a boost of about an order of magnitude in less than a decade is significant, if not unusual. An increase of another order of magnitude is coming, at least in part because other suppliers, using their own facilities, have leapt ahead.
Perhaps instructively, in the U.K. market, http://darellsfinancialcorner.blogspot.com /2016/09/in-us-and-uk-markets-cable-operators.html?q=superfast&view=classic" style="text-decoration: none;">cable TV operators supply 56 percent of all “superfast” Internet access connections, though having only about 19 percent of connections.
In late 2014, for example, the top speed supplied by BT was 65 Mbps. The top speed supplied by Virgin Media was 159 Mbps.
Since virtually all fixed network Internet access connections now are broadband, the ongoing issue is how to define “broadband.” 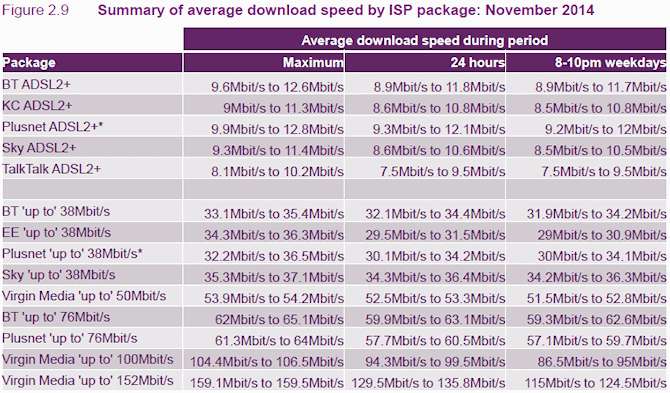 Articles about Can Internet Access be "Future-Proof?" finished discussed