For trademark practitioners, genericness usually has a bad name. If a mark is generic, you can’t register it, no matter how much you use it. If 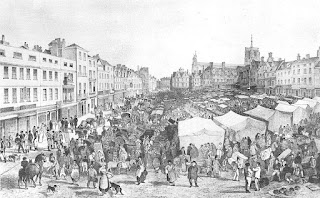 your mark was once distinctive, but if it is now found to be generic, you may lose your exclusive rights. Indeed, calling it a “trademark” may not even be appropriate, because a generic mark is inconsistent with the principle that a mark is a badge of origin. But there are times when a generic mark makes good business sense, even if it is disfavored by the trademark world.

Case in possible point is the men’s clothing store than opened up a few hundred yards from this Kat’s apartment. The name of the clothing outlet is simply— “Men’s Store”; the store not surprisingly sells a variety of men’s clothing products. This Kat suspects that if the proprietor of “Men’s Store” had come to him (or any other trademark practitioner) for legal advice, counsel would have explained how difficult it will be to protect the mark as a legal matter. “Go back to the drawing board”, is the likely suggested course of action. And yet. The more this Kat thought about the “Men’s Store”, the more it began to occur to him that the mark chosen may in fact be a savvy bit of commercial nomenclature.

The starting point is geography and proximity. When this Kat teaches about trademark law, he likes to begin with the depiction of (an imaginary) village in the middle of 18th century England, where most products, such as they were, were obtained directly and personally from their source. Here and there, a craftsman or guild mark might appear, but for the most part, a purchaser knew from whom he or she was purchasing the goods. In such a case, where there was no need for intermediation via a mark as to source, genericness would have a positive role, because it would provide information about what type of product was being offered.

Something similar is going on with the “Men’s Store”. The name of the store informs passers-by about the type of goods being sold and the store window displays items of men’s clothing. The combination of the name and the clothing items displayed transmit a clear commercial message about what is being offered by the store. Since the store has a single location, located on a commercial suburban street, all the purveyor of the store needs to add, if anything, is perhaps the address. Under these circumstances, joining a so-called distinctive element to the store name would not likely provide further information that will yield commercial value for the store. Genericness is good. 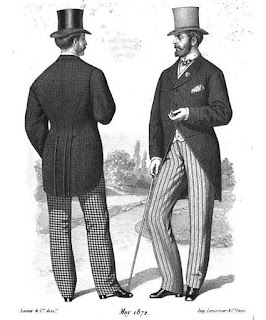 “Wait a minute, Kat”, I can hear readers say. “Your analogy is off the mark. Surely the clothing items sold at “Men’s Shop” are themselves branded. So all we are talking about is a service mark for retail services.” Well, yes, in fact, each of the types of clothing is marked by a single brand—one for shirts, one for suits, and so on. This Kat did not recognize any of them. More to the point, the product brands are largely irrelevant. They are primarily used to give the purchaser some comfort (who ever heard of an unbranded suit?). They don’t drive customer traffic to the store. That is accomplished by the generic name of the store plus its single, fixed location.

“One more thing, Kat, maybe the name isn’t generic but merely highly descriptive?” That is no problem. If it is merely highly descriptive, and a competitor seeks to open another store close-by, the fact that the “Men’s Store” is associated with a given physical location and has enjoyed substantial custom should ensure that custom is not diverted. Moreover, should the proprietor of “Men’s Store” seek to change the business model and to expand to additional locations (though most commercial entities don’t go beyond a single location), if the name is ab initio descriptive and not generic, that will mean it may well be registrable upon a showing of secondary meaning.

Since the 1980’s, many academics have talked about trademarks in terms of providing information with respect to the source of the goods. But genericness is also about information. When this is tied to a single store location, this information has commercial value, even as against potential competitors, and even when no issue of source confusion arises.