MongoDB has come up with a new database-as-a-service to make it simpler for you to access cloud based data. The initial version includes support for Amazon Web Services with support for Microsoft and Google platforms coming soon. 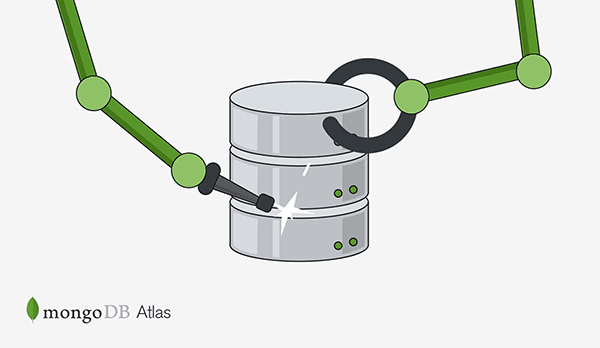 June 28, 2016 marked the launch of MongoDB Atlas, a new database as a service offering from MongoDB Company. This is the third most revenue generating service from the same company. This new service has been launched with a motive to provide users with a managed database service. The new service incorporates all the useful features of MongoDB and removes the operational overhead.
MongoDB Atlas is offered on pay-as-you-go-pricing model to account for reasonability of its use. The first release is equipped with deployment to Amazon Web Services (AWS). The company plans to come up with support for Microsoft Azure and Google Cloud Platform in the near future.
MongoDB Atlas to line up in between Enterprise and Professional versions
Initial releases of MongoDB Enterprise and MangoDB Professional have been a hit in the market. Enterprise version is mainly for people that required running the service on the premise while Enterprise version provides extended support and access to Cloud Manager and other essential tools.
MongoDB Atlas compliments both these versions and has additional features for ease of usability and flexibility. It uses the best of both and manages to position itself somewhere in between previous two versions. Anyone who wants to use MongoDB Atlas service can quickly access the cloud and get the required support by paying on an hourly basis.
Cost associated with the use of MongoDB Atlas
The billing of MongoDB Atlas is calculated hourly depending on your usage. Three deciding factors for calculating the bill are number of servers used, its size and amount of time for which MongoDB Atlas was put to use. All these rates are included in the single bill to explain your hourly usage and backup costs.
Scalability of MongoDB Atlas
The new database-as-a-service is highly scalable with all the components properly managed by the company. Users are allowed to scale up or down on larger instance types with no significant application downtime. It is possible to scale out across multiple instances with MongoDB’s native sharing capabilities.

Read This: How to Validate your Mobile App Idea for its Quick and Successful Launch?

Highlighting features of MongoDB Atlas
Automation of tasks: Operational tasks such as provisioning, patching, configuration, upgrades, failure recovery and backups can be accessed and control at the click of a button.
Security: MongoDB Atlas provides users with network isolation using Amazon VPC, robust access control, encryption of data in-flight using TLS/SSL, IP whitelists, and optional encryption of the underlying file system.
Availability: All your data is continuously backed up for recovery from failure. MongoDB has fully automated and transparent recovery process from instance failures, thereby making data available all the time.
Performance: Consistent performance and low latency are the reasons for increasing popularity and usage MongoDB Atlas. It delivers the same performance irrespective of high or low workload.
Conclusion
MongoDB Atlas is a new thing in the market and has shown no negative performance signs till now. It’s worth trying out this database-as-a-service once!

We think it is enough information about Noteworthy Aspects of MongoDB Atlas, hopefully the information we give can give benefit for you,
If you feel the information Noteworthy Aspects of MongoDB Atlas that we provide can provide benefits for others please share with link https://darellsfinancialcorner.blogspot.com/2016/10/noteworthy-aspects-of-mongodb-atlas.html thank you for visiting our blog page and do not forget to visit other