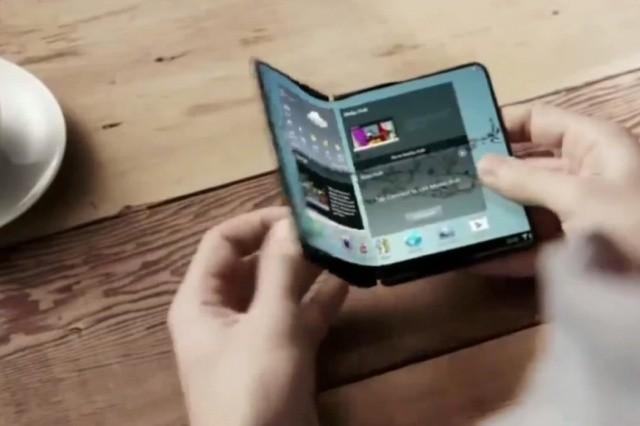 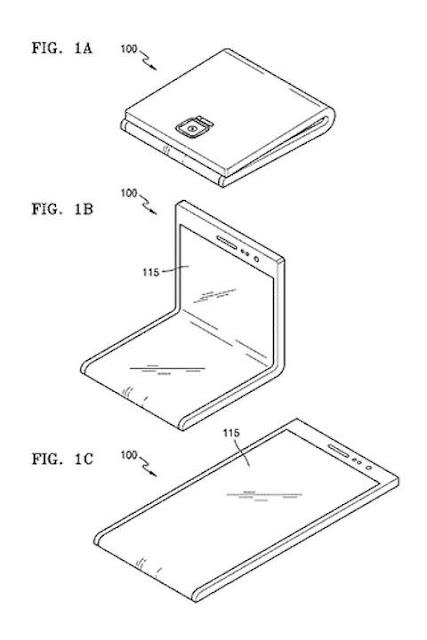 Currently on the Galaxy X is the largest source of information on Samsung's many patents. Samsung recently passed the United States Patent and Trademark Office of a new patent is in the last month, from the picture we see a folding device like a shell, or like a cosmetic box can also be opened after a traditional Of the smart phone styling.

At the same time, after folding the top of the shell is a camera, and the front of the speaker and the camera are folded in the interior. Even more interesting is that at the bottom of the screen there seems to be an edge of the surface that can be displayed in an electrically closed state. And this may be similar to the time used to display, notification and other basic information part, rather than a separate display. Samsung Galaxy S7 Edge before such equipment has been in the curved part of the screen to achieve such a function.

Prior to this patent, we also saw more patents on the way Samsung unfolds the different folding devices. Such as the patent in November 2015 submitted. According to the patent application documents show that the device will support the support of touch gestures, the user must touch the icon on the edge of the display to carry out the Tablet PC. When a tablet expands, a specific application launches automatically. Although the patent application does not specify which application is the application, it is presumed that it must be relevant to the deployment process. 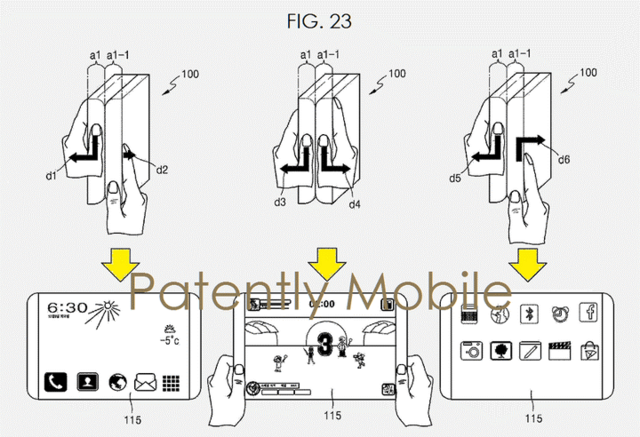 If the rumors are true, then the next Samsung Galaxy smart phone will be equipped with a top camera and a more advanced hour level. According to sources, Samsung's next flagship will be equipped with 4K (2160 × 3840 pixels) resolution AMOLED display and dual camera module. Interestingly, such a dual-camera sensor will be entirely from Samsung's own camera department, rather than the same as the Galaxy S7 using Sony's sensor.

While the 4K resolution screen sounds more than enough for smartphones, it is clear that Samsung has more to offer, which is the desire to provide a more immersive immersive experience on virtual reality devices such as Gear VR. This year in March, Samsung has shown a 5.5-inch 4K resolution prototype display panel.

In addition, the introduction of dual-camera module, can also greatly improve the photo quality. In theory, this design can improve the zoom function, so that the screen colors richer, and improve low-light environment, the quality of the shooting. And now there are LG, Huawei and Apple and other manufacturers to use a dual camera design, so if the Samsung smart phone in the folding screen to use this technology will not let us feel surprised.

In addition, sources said, the future of Samsung will continue to launch two different versions of the flagship model, and the main difference is still from the processor. A use of high-pass Xiao Long 620 mid-range processor, while the other will be the high-pass Xiao Long 830 such a flagship processor. And these new generation of processors will support Qualcomm's Fast Charge 3.0 technology. If you really released in 2017, then Samsung will also be updated on the processor.

At the same time, the report also pointed out that next year, Samsung's flagship will be equipped with at least 3GB running memory, MicroSD card expansion and non-removable battery design. Which MicroSD card support by many users, but in the early impact on the price and not too much.

Asked when to buy Samsung's folding screen smartphone, according to many rumors, basically determined to be sometime in 2017. Samsung's first folding smartphone is likely to be unveiled at the MWC World Mobile Conference in late February, according to an interview with Bloomberg in an interview with the Korea Herald. Samsung apparently has two versions of the folding screen device, and can be folded like a wallet, but a 5-inch screen, while the other is an 8-inch screen.

Before the name Galaxy X, Samsung's folding smartphone project was called the Project Valley, and this concept was first demonstrated at CES 2013, followed by a demonstration of the prototype at CES 2014.

However, according to the news from SamMobile, this folding screen smart phone will not be sold worldwide, so the first list of listed countries will only include Britain, Germany, Italy, South Korea, France, Poland and the Nordic countries.

It is noteworthy that in the above list did not mention the United States, although this is not the official news, but not the first to market in the United States also in line with Samsung's recent product strategy. Samsung has been pursuing different products in different regions of the strategy, including the recent controversy Galaxy Note 5 is also starting from the UK and Europe. So Project Valley project should also not be a very wide debut of the US market.

Related : Samsung Galaxy X folding screen is too cool or debut in February next year